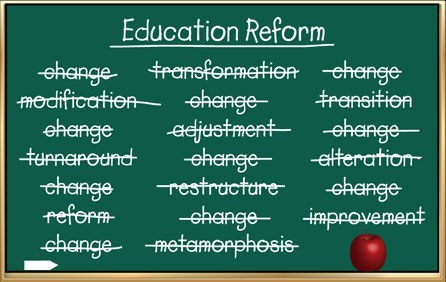 In my wildest imaginings I never thought I would agree with Diane Ravitch on anything. In fact she was a virulent opponent of almost all educational philosophy and implementation in which I have believed and written and spoken about. Specifically, Dr. Ravitch attacked "A Curriculum of Inclusion" viciously and called its authors uninformed and anti-American. I played a major role in that State of New York document and created its title.

Now Ravitch has come out almost, but not quite, full circle - - in opposition to Charter Schools, which I have long opposed and closing schools based on test results, which I also oppose. She has not yet, and probably will not, come out in support of the of the thesis of "A Curriculum of Inclusion" which insisted that All American children must be taught the truth about American history, that, specifically, children of African ancestry must learn the truth about the historic achievements of Africans and Americans of African descent, in spite of enslavement, in spite of building the US economy without compensation or reparations.

Tragically, recent repetitions of the Drs. Kenneth and Mamie Clark classic Doll Studies reveal that many children of African descent still reject dolls which reflect their own images. An awareness of a truthful African/African American history and culture is essential to the development of emotionally healthy children and communities, children and youth who like and appreciate both themselves and others like themselves.

Enlightened African American educators must take advantage of Ravitch's epiphany. It must be understood that billions of dollars from such corporations as the Gates Foundation and the Walton family (Wal-Mart) are intended to produce compliant capitalist workers, not academically and culturally liberated citizens. The teaching of a true history of the world, a true history of an American nation built by slavery is not in the interests of world capitalism. Education for Liberation is anathema to the rich. President Barack Obama and Education Secretary Arne Duncan know their respective roles. Race to the Top will fund no districts which do not increase and emphasize Charter Schools, or which conduct even the most modest instruction in African/African American history and culture.

Many of us, particularly educators, are sleeping through the deliberate and systematic reversal of the social and economic gains of African American people during the Civil Rights Movement of the 60s.

African American educators must have the courage to teach truth for liberation, this in spite of punishment or lack of rewards.

As I once said in an address to African American educators, which I was later told offended some: "You won't be remembered because you were a teacher or principal or superintendent or professor or president. You will be remembered for what you contributed to the liberation of our people."

The Ravitch article is below:
http://www.nybooks.com/blogs/nyrblog/2010/jun/10/obamas-right-wing-school-reform

Recently, I wrote a book, The Death and Life of the Great American School System, in which I took issue with a number of currently popular education strategies that I had once supported, and now, seeing their questionable outcomes, challenge. Since then, I have been traveling across the country and have made three dozen speeches.

What started out as a conventional book tour—with stops only in Chicago, Los Angeles, and San Francisco—turned into something else: a whistle-stop campaign to warn against some of the education “reforms” currently in vogue. From the day that the news broke that I had turned against No Child Left Behind—the federal law that nationally enforces a heavy emphasis on testing and accountability—and that I’d come out against against market-based ideas of school choice, I have been overwhelmed with invitations to speak in almost every state.

The result has been exhilarating, exhausting, and ultimately disheartening. The exhilarating part was meeting thousands of teachers and hearing their appreciation for my support of their work.

Teachers repeatedly asked if I could voice their opposition to what is now called reform. Many described the challenges they face trying to comply with the unrealistic goals of No Child Left Behind. At Stanford, a teacher from Salinas County broke into tears as she described her students, the children of lettuce pickers, most of whom knew no English. When I spoke in Oakland, a group of teachers drove four hours to hear me and to get copies of my book for every member of their school board.

The disheartening part was recognizing, along with my audiences, that the policies I criticize now have not only the unwavering support of Republicans but also the endorsement of the Obama administration. Secretary of Education Arne Duncan has been campaigning with Newt Gingrich to enlist bipartisan support for what I believe is a very conservative agenda. For me, the irony of all this is that I broke ranks with my former colleagues at some staunchly conservative think tanks by writing my book at precisely the moment the Obama administration has embraced their ideas.

Again and again, I have been asked by talk show hosts (at least the well informed ones), “How did right-wing ideas become the education agenda of the Obama administration?”

My sense is that it has a lot to do with the administration’s connections to the Gates Foundation and the Broad Foundation. Although both are usually portrayed as liberal or at least Democratic, their funding priorities have merged with those of the very conservative Walton Family Foundation. I explain this curious power elite in a chapter of my book called “The Billionaire Boys Club.” 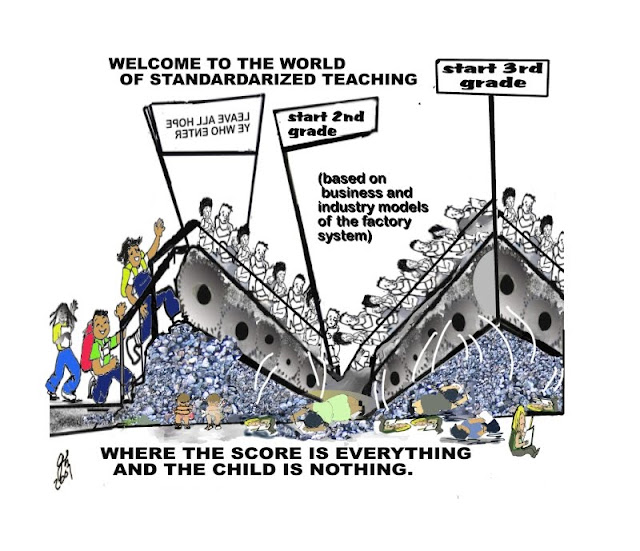 The Obama administration has dangled $4.3 billion in federal aid before the states in a competition called the Race to the Top. To be eligible to win, the states must increase the number of privately managed charter schools, must agree to evaluate teachers by student test scores, and must commit to “turning around” so-called failing schools (including by closing them or privatizing them). In the first round of this contest, the winning states were Tennessee, which received $500 million, and Delaware, which got $100 million—apparently based on their readiness to enact comprehensive reform along recommended lines. In this time of severe fiscal stringency, 37 other states—-including New York—have applied for funding from the next round of Race to the Top, each promising to reshape its education system around the administration’s priorities in order to win it.

The main ideas embodied in the Race to the Top program and other administration policies were incubated in conservative think tanks. I have argued that none of these “reforms” is likely to improve education, and all are likely to do harm.

Charter schools are the fad of the moment. There are some excellent charter schools, and some dismal ones. They have been around for nearly twenty years, and, to date, the best evidence shows that in aggregate students in them perform no better or worse than students in regular public schools. As their numbers grow under pressure from the Obama administration, their quality is not likely to improve; the history of American education is replete with small-scale demonstrations that became less effective when rapidly expanded to a mass scale.

So, if history is a useful guide, charters, which are by definition very thinly regulated, will go from being no better or worse to being a very problematic sector riddled with extreme variability in performance and not infrequent cases of financial mismanagement. It is hard to see this turn to privatization of one of our nation’s basic public services as a route to better education.

Similarly, the strategy of tying teacher evaluations to test scores will have predictably negative consequences. It will promote more time spent preparing students for very inadequate tests and a narrowing of the curriculum (with less time for history, geography, science, the arts, foreign languages, and every other non-tested subject). It will judge teachers for matters over which they have no control, such as student absenteeism and family involvement (or lack thereof).
Everyone asks, how can we stop this misguided and potentially harmful approach?

I keep hoping that some elected official, some Governor or Senator, will recognize that millions of discontented parents and teachers—not just the vilified teachers’ unions—are looking for political leadership. They don’t want to lose public education, and they hate the relentless emphasis on testing and punishment.

I keep watching for the leader who will mobilize those who now are voiceless and demand that our nation get serious about improving education: making sure that all children have access to a full and balanced curriculum—-rather than just preparation for standardized tests—and taking steps to improve the teaching profession, rather than demeaning and demoralizing it.

I am still looking. 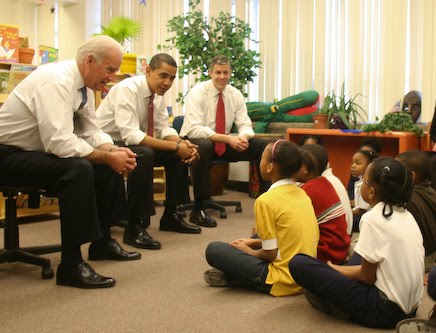 Top Down MisEducation Keeps Ignorance & SelfHate Flourishing
Posted by Black Educator at 8:46 AM