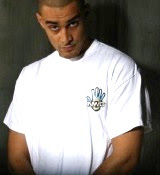 Lowkey is a British musician, poet, playwright and political activist of English and Iraqi descent. He first came to fame through a series of mixtapes he released before he was 18, before taking a hiatus from the music business. He would return in 2008 with wider music coverage, featured on BBC Radio and appearing at various festivals and concerts including the Electric Proms, Glastonbury, T In The Park and Oxegen in the build up to his first solo album, as well as collaborating with other famous British musicians to form a supergroup.

BIO Lowkey was born in London to an Iraqi mother and an English father. From the age of twelve he began to rap, initially imitating American rappers but soon using his own accent. He began attending the open mic sessions which took place at the Deal Real record shop on Carnaby Street, Central London. The first time he went he introduced himself as Lowkey and was told there was already a regular there by that name; the two had a rap battle over the use of the name which he won. Solo Work The first part of his mixtape series Key To The Game, was released independently in 2003. Within a year and a half he had released a second and third volume, all of which gained critical acclaim from UK hip hop circles.

Though the first volume largely used music from other artists, the second was mostly original work in conjunction with numerous artists and producers while the third, which had no skits or short songs like a traditional mixtape would, was mostly his own work. Despite releasing the third mixtape in 2005, it would be another three years until he released his album proper preferring instead to explore other aspects of his career until then. While Lowkey was busying himself with European tours in support of Immortal Technique, Canibus, and Dead Prez, he began to make musical contacts and set about recording his debut album proper. Though stalled by other artistic endeavours, Dear Listener eventually was released in January of 2009. He bookended the year with another release, Uncensored, a mixtape compiling new material and collaborations with highlights from the entire Key To The Game series and Dear Listener.

This was released digitally in December through iTunes. Collaborations Lowkey joined a hip-hop group called Poisonous Poets that released one self-titled mixtape in 2005. Poisonous Poets (sometimes known as Double P) was founded by Doc Brown whom Lowkey met at Real Deal records. The group also consists of Reveal, Stylah, Tony D and Therapist. Lowkey's manager passed on the first two parts of Key To The Game to Jon McClure, frontman of Reverend and The Makers who is also an outspoken activist.

Wanting to mix popular music with politics, and mix indie rock with hip-hop, the two set about making a supergroup, Mongrel, composed of other noted musicians. Also in the band is Arctic Monkeys drummer Matt Helders and ex-bassist Andy Nicholson alongside bassist of Babyshambles Drew McConnell and a revolving set of other musicians. They have had trouble coordinating their busy careers to perform live dates and their debut album has already been pushed back from October to 2009 along with a February tour.

The album, Better Than Heavy, was released for free with The Independent on March 7, 2009. After touring with Immortal Technique, the two made a single, "Voices of the Voiceless" which was released in September 2009 after a one minute preview was officially released on YouTube. The song touches on racism, world revolution, war, colonialism and other global political issues.

In December 2009, Lowkey revealed he would release a second part to "Long Live Palestine" featuring international artists including Palestinian rap group DAM, Anglo-Palestinian soloist Shadia Mansour, The Narcicyst from Iraq, Iranian artists Hich Kas and Reveal, Syrian-Lebanese performer Eslam Jawaad and African-American Muslim Hasan Salaam. The single was packaged in an EP with the first part and an instrumental. It went on to reach the Number 1 position in the Hip Hop Charts of both Amazon and iTunes.

Other Work In July 2008 the Theatre Royal, Bath put on a production of 'Max and Beth', a contemporary adaptation of Macbeth by William Shakespeare written entirely in rhyme. Lowkey also helped publicize the NSPCC's Don't Hide It campaign, also contributing a free song to it, in which his lyrics are delivered from the perspective of a female victim of sexual abuse.

He also formed a non-profit organization, People's Army with fellow rapper Logic, who he has also made an unreleased album (New World Order) with, and met up with then-Liberal Democrats leader Menzies Campbell as a representative of his local community.

In February 2009, he traveled to Palestine and Palestinian refugee camps around the West Bank area to perform fundraising shows to help rebuild the Gaza Strip but was detained by the Israel Police for nine hours at Ben Gurion International Airport and interrogated. Later in 2009, he traveled with M-1 of Dead Prez to carry out a humanitarian aid mission and bring medical aid to the Palestinian people in Gaza.

M-1 mentioned in an interview with PyroRadio.com that a collaboration between the two had been made "I met up with a guy called Lowkey over there as well who’s from London as well, I had a chance to meet with him, he’s a good brother, we built a lot, it was real cool, we gotta get the song out." Evidence of the song is still yet to surface. 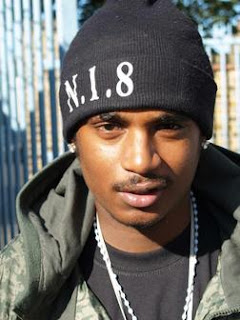 I represent North London, I have been doing this thing for about 4 years, 2 years on a serious level. I’ve released one mixtape (‘Black is Beautiful’) and currently putting in the work for a new one entitled ‘Holla’ Blackt’.

I havn’t been on many DVD’s but I featured quickly on Risky Roads 2. Big up Cold Blooded and Risky for that. I’ve done two videos, both unreleased. I’m currently shooting a video for ‘My Minds Battle’ and that is the first release off my new mixtape ‘Holla Black’.

Black The Ripper (aka Samson, real name Dean West) is a highly respected and favoured hip-hop and grime MC from Edmonton N18, North London. Although previously known on the North London circuit he made his name in the infamous Axe FM clashes, where he duppied off numerous opponents consistently. Black The Ripper is one of the best emcees/artists in the scene at this time & will be for years to come; setting high levels with his consistent conscious bars and undeniable straight star quality that he brings to the mic.

Black remains a solo artist although he has collaborated with many of the grime scene’s biggest names, most notably his Motivation Music series with Cookie G, Moony and Chipmunk. He has also released 2 solo mixtapes - Black Is Beautiful and Holla Black (Samson Samson). Black’s style reflects a sense of self-determination, creative consciousness, and entrepreneurship using subversive style to shock as well as entertain; his work challenges orthodox thinking whilst sticking two fingers up at the establishment.
Posted by Black Educator at 6:31 PM 1 comment:

After much racist drama from the University of Connecticut, Sister Autum Ashante and her father, Batin, weathered the storm and found a better, more welcoming place to start Autum's college educational experience. She is taking a fulltime load of college level classes in Math, English and the Social Studies. You can your support messages to her at:
ashante ashante <ashantewah@yahoo.com>
Posted by Black Educator at 8:51 AM No comments: