A GUEST WRITER ON THE NEW FORM OF US FASCISM

From the Ramparts
"Nine years after the terrorist attacks of 2001, the United States is assembling a vast domestic intelligence apparatus to collect information about Americans, using the FBI, local police, state homeland security offices and military criminal investigators.The system, by far the largest and most technologically sophisticated in the nation's history, collects, stores and analyzes information about thousands of U.S. citizens and residents, many of whom have not been accused of any wrongdoing. The government's goal is to have every state and local law enforcement agency in the country feed information to Washington to buttress the work of the FBI, which is in charge of terrorism investigations in the United States." Monitoring America Dana Priest and William Arkin Washington Post http://projects.washingtonpost.com/top-secret-america/articles/monitoring-america/1/Monitoring America Dana Priest and William Arkin -- http://projects.washingtonpost.com/top-secret-america/articles/monitoring-america/1/ 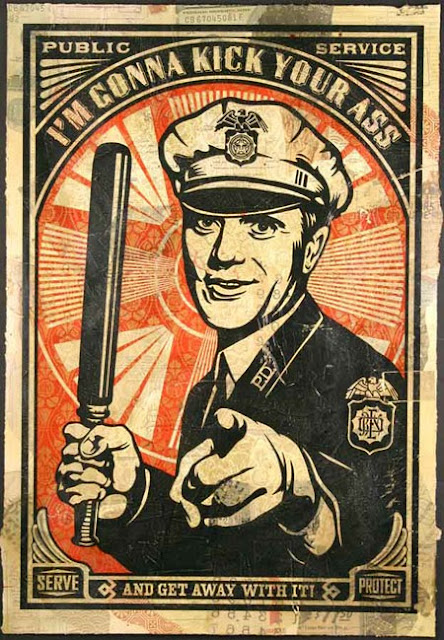 European capitalism is based upon ruthless exploitation, colonialism and slavery, the criminal expropriation of lands, resources and goods outside of Europe and the forced labor and brutal treatment of whites who were called by the English indentured servants, the indigenous inhabitants of the Caribbean, North and South America but these programs didn't work. So the Europeans turned their covetous eyes towards Africa. Most of the countries of Western Europe plundered the African continent of its most precious resource, human beings for hundreds of years. They instigated a century's long spree of kidnapping, murder, rape, pillage and plunder we call the Maafa. Their trail of barbarism and criminality stretched from Europe to Africa, to the Caribbean, to North and South America back to Europe. To their everlasting disgrace, the Europeans repeated and expanded their atrocities all around the world.

During slavery in the English colonies in North America and after the United States was established as a nation, our African ancestors were constantly watched. They had to have written passes and permission to move about and travel from one plantation to another, within towns and the countryside. Things were so tight and regimented every able bodied white man rich or poor was obligated to serve in the militia and as a "Patroller" riding around keeping watch, checking and monitoring the movements of our ancestors; apprehending any blacks caught without a pass or wandering around without permission. Things haven't changed that much since slavery. 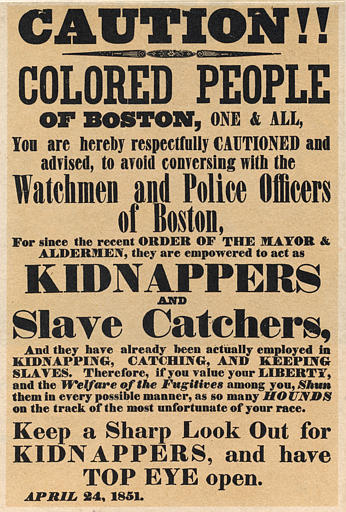 Our ancestors called these white patrollers, "paddyrollers." Whites justified the existence of this virtual police state (this was the true origin of police in this country) by claiming it was for "security purposes". The slave owners needed to make sure our ancestors whom they regarded as property like a horse or cow didn't run away. But just as importantly, they were terrified of the potential for resistance and rebellion. They lived in dread that our ancestors might kill them while attempting to gain their freedom like twenty-one blacks did 1712 in New York city, or like Nat Turner and his band did in Southampton County Virginia in 1831. To alleviate their fears and at the same time rationalize their evil system, prevent escape, resistance or counterattack, whites instituted a constant surveillance system. They also set up their courts and social systems to mete harsh punishment to any blacks who dared demonstrate any form resistance or disobedience. That pattern still exists today.

The heirs of the slave system and the psychopathy that created it, are still with us. Only today they have reverted even further back into their history to the days when they dogged the poor whites in Europe, lorded it over the hovel-dwelling European masses, and used their social status as nobles, wealthy financiers, merchants and industrialists to abuse the poor whites from the Dark Ages into the industrial revolution. After the American and French Revolutions, the masses acquired more rights, privileges and upward mobility. For a while the ruling elites even allowed poor whites to bathe and bask in "white skin privilege" as long as they kept the darkies around the world under control and served as canon fodder to maintain their empires.

But now they have reverted back to their mediaeval mind set by creating domestic surveillance networks to keep the twenty-first century serfs, peons and slaves in check. Only now they have the technology to spy on and control the masses they didn't have a few hundred years ago. The Washington Post recently ran a series of articles (http://projects.washingtonpost.com/top-secret-america/articles/monitoring-america/1/) chronicling the existence of a domestic government spy network, whose existence the Kleptocrats like their slave owning forefathers rationalize on the grounds of "national security". There are US cities like Houston Texas that now use unmanned drone aircraft to spy on their citizens in the name of safety and security. http://www.forbiddenknowledgetv.com/videos/security/houston-police-use-drones-to-spy-on-public.html.

Only this time their fears are totally manufactured.

Fear is their most potent weapon and has been for centuries. And they have the technology to influence people's thinking to keep us afraid, distort the way we see the world and spy on us twenty-four hours a day. The modern day Military Industrial Financial Complex used fear to keep the US on a constant war footing (the Cold War) following WWII to keep their humongous profits flowing. The psychopaths who run this country realize the best way to get their diabolical agenda over is to keep us petrified of anything, black people, communism, socialism, terrorism; it doesn't matter as long as we stay afraid. Hence the Global War on Terrorism which is a huge pile of cow dung.

You cannot wage war on terrorism because terrorism is not a tangible entity. You can wage war on a country, a tribe, a person but not a tactic, which is what terrorism, is. And even if the US could wage war on terrorism; that would mean it would be waging war on itself, because this country is the greatest terrorist enterprise on the planet. If you don't believe me ask the Native Americans, check the record and ask our African ancestors, ask the Japanese civilians who survived the atomic bombs the US dropped on them. Ask the innocent women and children being strafed and bombed in Iraq, Afghanistan, Pakistan, Somalia, Columbia, Yemen and who knows where else on a daily basis. The US oligopoly is wicked beyond imagination.

Now they are spying on us because they intend to make us slaves via massive government debt, unemployment and planned systemic privation. They need to keep us in check so we don't act up and out like the people are doing all over Europe. That is why they are spying on you. Wake up. Wake up before it's too late. Wake up before they come for you on some bogus or trumped up charge, claiming you are an enemy of the state; meaning since you are an honest, righteous or free thinking person; you pose a threat to their evil empire. They can and will throw you in jail without a charge just on a tip from a neighbor, another citizen or the FBI. Wake up before you are herded into a FEMA Detention Camp or a US Army (slave) Labor Camp (http://nstarzone.com/SYSTEM.html).

These programs exist; they are on the books and waiting for implementation now! Check out REX 84 (http://www.theforbiddenknowledge.com/hardtruth/con_camps_fema.htm) it's real.

Wake up before it's too late.

The spy network is just the tip of the iceberg.
Posted by Black Educator at 8:44 AM No comments:

Capitalism's Crisis Is Not Going Away Without Revolutionary Change
Prof Rick Wolff Speaks Analytically on the Current Economic Crisis
Posted by Black Educator at 3:00 PM No comments:

Dr Khalil Gibran Muhammad Gets Interviewed By Prof Mark Anthony Neal
Mark Anthony Neal, who is now a professor at Duke University, has a new online video program called "Left of Black." On it, he interviews various Black scholars for about 20 minutes.
Recently, he had the opportunity to interview, Dr Khalil Gibran Muhammad about his upcoming directorship of the Schomburg Center come July 2011. Here it is along with another very important interview with the author of "Race, Sport and Politics- The Sporting Black Diaspora" Brother Professor Ben Carrington of the University of Texas at Austin.

------------------------------
Dr Khalil Gibran Muhammad and Howard Dodson Speak On the Schomburg's Leadership Transition
Khalil Gibran Muhammad brings a positiveness to the transition of leadership at the Schomburg. I think he is very aware of the ongoing machinations within the NY Public Library's powerful rich white leadership and benefactors to eliminate the Schomburg Center and spread its vast Black archives between the other library branches and trash bins.
I also think that Howard Dodson would not throw away 25 years of his life's work to preserve, promote and expand the World African Experience by supporting a Schomburg Director who is about erasing his significant efforts.
There are many of us who would have preferred  Prof Molefe Asante. But, I think our fight to get him to head the Schomburg forced the NYPL Schomburg Search Committee to hire a Brother who is dedicated to continuing the Arturo Schomburg/John Henrik Clarke/Carter G Woodson/WEB Dubois tradition of Black Scholarship for Liberation.
Brother Muhammad is open to talking to ALL constituencies and is willing to take our suggestions of how we can improve the Schomburg's work of raising the consciousness of our people in these racist and economically repressive times. Let's take him up on this.
-------------------------
NEW YORK, NY  – The New York Public Library (NYPL) announced on 17 November 2010 that Dr. Khalil Gibran Muhammad, a scholar of African-American history from Indiana University, has been selected as the next Director of the Schomburg Center for Research in Black Culture, effective July 2011.