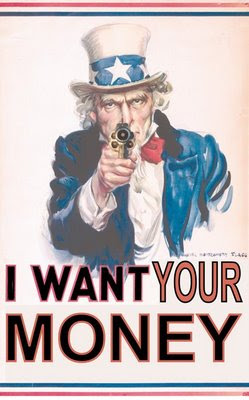 Sistas and Brothas, we are in the midst of a major major historical shift in the political economy of the world: capitalism- international finance capitalism -is in a state of swift free fall failure. The world's rulingclasses are trying to put this gigantic broken Humtpy Dumpty egg back together again and keep the anger of us masses under control via the institutionalized dumbing down process and the police state in its various forms.

We, in the US, all have looked to the TV pundits and printed editorials for explanations of this megabursting of finance capital bubbles. We looked to Barack Obama and John McCain for explanations and solutions. A tiny few of us get to hear from Sister Cynthia McKinney and Ralph Nader about how they see this historic crisis and their solutions. But, they all come up like lite beer: bland and never satisfying your thirst.

In the coming weeks, I will try to bring to you analysis that not only clearly and deeply explains this epoch-changing crisis, but also how we can begin to solve this megacrisis thru mass mobilization and struggle. I hope to bring to you a special focus on how this crisis is directly and indirectly impacting Black America, Africa and its Diaspora. 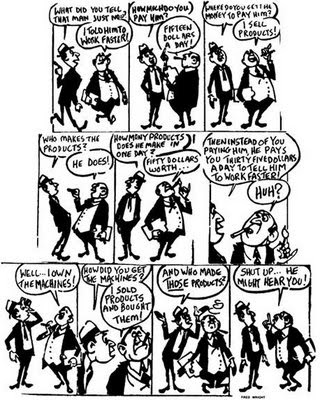 First, however, we need to look at this unfolding crisis from a critical and scientific perspective. That is, a Marxist analysis of what is going on and how we are going to solve it. And Prof Rick Wolf has made an important and clear starting contribution to this effort. He is professor of economics at UMass Amherst and in this video below, talks on the current "financial" crisis and capitalism. A form of socialism is presented as a possible alternative. This talk was presented by the Association for Economic and Social Analysis and the journal Rethinking Marxism. The video below is a little jittery, but is worth watching. In the next few weeks, we should have a better video of Prof Wolf posted here.