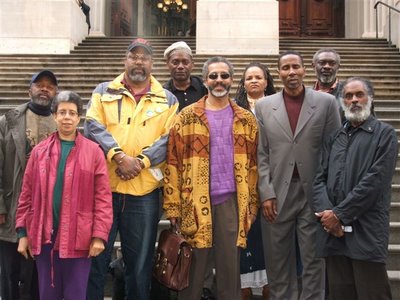 Our children, our community… WE are facing Education Genocide! Our children are rapidly becoming our third generation of mis-educated drones destined for either, jail, the grave or low paying dead-end jobs. The longer WE as parents and concerned remain inactive in our children’s educational life the more horrendous the problem becomes. It’s time we rebuild our struggle for Community Control and Fight Back!

The Bloomberg-Klein “Children First” education policies have merely re-enforced institutional racism in our public schools while selling off chunks of the system to their privateer friends. Our children are “first” to be kicked to the education curb… winding up dropping out in their middle school years resulting in less than 10% of our children receiving a Regents Diploma by the time they are 20 years old!

• Parents Left Out of School Decisions
The erosion of and then the elimination of local school boards have left our communities without a forceful voice and policy-making ability within the school system. Bloomberg-Klein have created a corporate type top down management system that does not tolerate criticism or debate or parental input.

• White Supremacist Curriculum
Bloomberg-Klein have re-enforced the racist ideas that relegate Black people and other people of color as incidental in the evolution of humanity and its civilizations. They do this by way of their high stakes tests, their institutionalization of white supremacist curriculum, and their deliberate violation of the 1997 and 1998 laws mandating the teaching of African American and African Diaspora history.

• Underground Railroad School Rejected
The Bloomberg-Klein gang of non-educators have rejected a school proposal that is designed to uphold the state and federal mandates regarding the teaching of Black History. A proposal that was created by some of New York City’s finest and most experienced educational professionals from our schools and universities.

• Regents Exam Asked Racist Questions
Let’s be perfectly clear: Jewish teachers and parents would NEVER allow a regents question to have students discuss the “merits” of Hitler’s Nazism! But, in 2006 Black children faced on the Regents Exam this statement from British racist imperialist Lord Lugard:


“. . . Let it be admitted at the outset [beginning] that European brains, capital, and energy have not been, and never will be, expended [spent] in developing the resources of Africa from motives of pure philanthropy [goodwill]; that Europe is in Africa for the mutual benefit of her own industrial classes, and of the native races in their progress to a higher plane; that the benefit can be made reciprocal [equivalent], and that it is the aim and desire of civilised administration to fulfil this dual mandate. By railways and roads, by reclamation [recovery] of swamps and irrigation of deserts, and by a system of fair trade and competition, we have added to the prosperity and wealth of these lands, and [have] checked famine and disease. We have put an end to the awful misery of the slavetrade and inter-tribal war, to human sacrifice and the ordeals of the witch-doctor. Where these things survive they are severely suppressed. We are endeavouring [trying] to teach the native races to conduct their own affairs with justice and humanity, and to educate them alike in letters and in industry. . . .”

WE have allowed this white supremacist atrocity to happen because of our INACTION!

• Black Teachers/Principals Forced out
We hear of Black teachers being harassed and drummed out of the school system everyday. Black principals have faced increasing pressures to be super-principals while their white colleagues get rewarded for mis-educating and criminalizing our children. Bloomberg-Klein have overtly been recruiting white teachers over Black teachers. They have continued the Giuliani policy of going overseas (to Australia, for example) to find white teachers rather than recruit and train the thousands of Black and Latino citizens right here in New York City who are ready and willing to become teachers.

• Schools Health Hazards for ALL
The Bloomberg-Klein policy of privatizing school maintenance has accelerated the environmental hazards our children face everyday they go into their schools. In addition, the “MacDonaldization” of school food has helped hasten the rise in our children becoming malnourished and obese. This bad diet directly results in poor thinking!

• School “Safety” = Prison–style Methods
Walk into any of our neighborhood schools (with only a few exceptions) and you will be walking into a prison-like institution. Metal detectors, a lockdown atmosphere, teachers-as-wardens attitudes coupled with drab prison colors throughout the building and you see some of the reasons why our children loathe going to school.

• DOE unable to Stop Gun Violence
Bloomberg-Klein’s response to gun violence erupted around our schools is to bring in more of a repressive army of cops instead of creatively getting to the root causes of gun violence through forming community and youth taskforces that directly address the issue. In addition, Bloomberg-Klein refuse to support the “Fight-Free” or “Peace Zones” concept that have successfully reduced youth violence elsewhere in the nation. We can only conclude that the present school leadership WANTS the violence to continue in order to help boost the NYPD budget and guarantee that the upstate prison beds be filled.

These are just a few of the terrible problems our children and our communities face everyday in regards to the education of our children. We have not even discussed the NY State department of Education’s incompetence… or George Bush’s No Child Left Behind Act’s guaranteeing that OUR children are left behind to rot holding pens of mis-education.

We have but one choice- if we are about making sure that our children excel now and in the future: WE MUST ACT NOW! We must act now as a powerful united force that we know we can be.

Black New Yorkers for Educational Excellence (BNYEE) is that Black militant force that can help lead us to victories in our war to capture and develop our children’s minds. We urge you to join with us to implement our Action Plan--


Black New Yorkers for Educational Excellence (BNYEE) Action Plan
• Build BNYEE into a Militant Mass Membership Organization
We cannot expect to defeat the powers of Bloomberg-Klein with mere talk. We must be mobilized. Mobilized even more powerful than we were a generation ago within the battles for Community Control. Black Education Power is real only when we have Black New York ORGANIZED. BNYEE is here to do that: to be our central activist organization that is not afraid to take on millionaire school chancellors or billionaire mayors.

• Join the Underground Railroad Curriculum Petition Campaign
We still need to put pressure upon the elected officials and the dept of Education to actually implement the state and federal mandate to teach Black History in all grades. The ongoing petition campaign is a way to inform everyone that NYCDOE is in violation of this law.

• Join the Campaign to Make Black History Mandatory
for High School Graduation
Every child of every race and nationality should know about the centrality of people of African descent to the development of humanity, civilizations and specifically to this society. Making Black History a mandatory graduation requirement helps establish a K-12 Black History Curriculum as well as help NYDOE graduate young people who are well rounded and grounded active citizens.

• March on Tweed/City Hall May 17th
BNYEE is planning a major Black Educational Excellence march on May 17, 2006. May 17th is the anniversary of the historic brown v Board of Education Supreme Court school desegregation decision. We envision thousands of students and parents surrounding both Tweed and City Hall. In order for this march to be a success at that level, we need everyone’s support who is reading this.

We cannot depend on others whose only interests are containing and stunting our youth while maximizing their profits by any means necessary. If we want to see that our children and our race have a future of freedom and excellence, then we must be active NOW!

S. E. Anderson can be reached at: 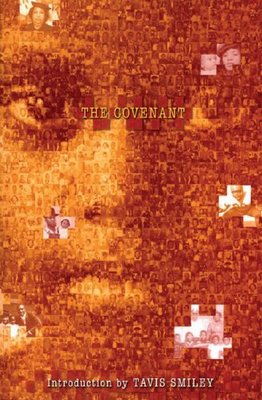 So far, these events have been large turnouts. In early March 2006, Brooklyn's Concord Baptist Church had an overflow room... and that was not enough. This means that there were at least 3000 folk who came literally on a couple of days notice.

Our people are hungry for social action. Hungry for comradeship in the midst of multiple states of emergencies. Hungry for a Malcolm X or Martin Luther King or a Marcus Garvey to lead us out of blinding oppression. Hungry for Organized Social and Political Action. Hence, they will come out to a celeberty-filled EVENT that's a talkfest to look for leaders and answers. They'll go away mixed with a sense of upliftment & racial solidarity coupled with frustration due to lack of putting talk into action by the talkers.

My issue with Tavis Smiley is that he has systematically excluded nationally and locally known Black revolutionaries/radicals from being part of the dialogue. He merely blackens what corporate-controlled media and academia does: render Black revolutionaries/radicals/PanAfricanists invisible or "old school." So his Town Hall meetings wind up being discussions between reformers and accomodationists who are incapable of (and not interested in) mobilizing their offices much less Black communities. They objectively and subjectively work on setting up Black America for the whims of the Democratic Party's presidential candidates and various NGO-izing foundations that suck the revolutionary spirit out of community organizing and morph our militancy into polite begging for some nanocrumbs.

I would support a sitdown with Tavis to try to convince him that wherever he has his Town Halls, that Black revolutionary/radical forces be equally on stage (at least 2). I also think we should do a written critique of Tavis's Covenant. It should not be left to float to th e surface as our 21st Century Black Manifesto.

I also recognize that we are in this terrible space where our people are hungry for social action and the traditional Black Resistance Fighters are far and few between among the under 40 folks but many among the 55 and older folk: the AARPs (Aged African Revolutionary Persons). Never before in our 500+ year history in the Americas have we had such a dilemma: where the Revolutionary Center is found among elders & near-elders. (I'm NOT saying that there are no Black young revolutionaries in the US. I know there are. I'm saying that the qualitative and quantitative center of this Black Revolutionary force is located amongst the older activists and praxtioners.)

The question of rekindling our Black revolutionary youth force is OURS to answer- not Tavis or Cornel or Sharpt on... and time is definately running out between mounting US fascism and so many of us aging out of struggle in so many ways.

Posted by Black Educator at 6:57 AM No comments: