Posted by Black Educator at 7:58 AM No comments: 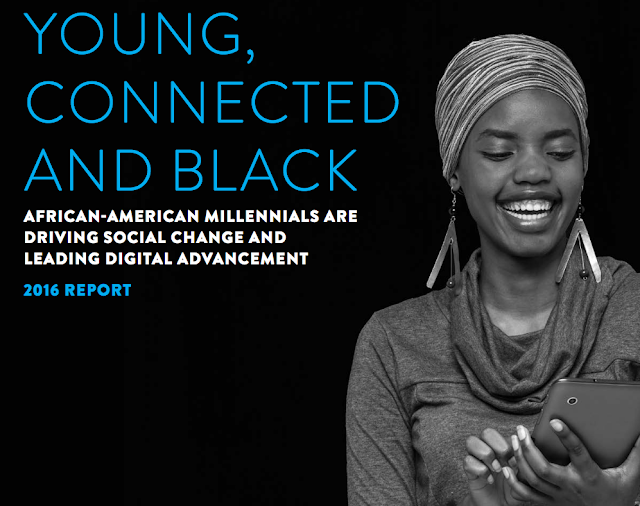 African-Americans are exuberant and reflective—optimistic about present-day advances in income, education, entrepreneurship and health care, and determined to forge a better future as influential leaders and catalysts of social awareness against discrimination and social injustice.

As African-Americans, particularly younger Millennials, continue to develop and expand their influence on mainstream America, companies are making changes to reach this culture-rich group with unique, captivating campaigns, as well as products and services that meet their needs.

African-Americans continue to represent a significant percentage of growth in the U.S. population. Having grown 21% between 2004 and 2014, the U.S. Black population is currently at 46.3 million* (14% of the total U.S. population), according to the most recent U.S. Census information.

Posted by Black Educator at 9:11 AM No comments:

MAJOR REPORT: Among High School Seniors Illicit Drug Use Is Lower for Blacks Than for Whites

The data show that for high school seniors, Blacks are significantly less likely than Whites to use drugs. This is true for nearly all drugs that students were asked about in the survey. (At lower ages, the racial gap in drug use is smaller and for some drugs including marijuana, Blacks are more frequent users than Whites.)

The report also offers a great deal of information on drug use by college students. However, there are no breakdowns by racial or ethnic groups.

The full report, Monitoring the Future: National Survey Results of Drug Use, Volume 2, College Students and Adults Ages 19 to 55, may be downloaded above.
Posted by Black Educator at 2:07 PM No comments: