The Demise and Possible Rise in Serious Black Reading 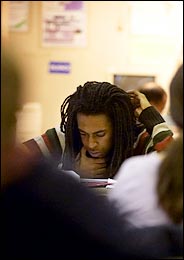 Black America historically has been for Liberation. Blackfolk found all kinds of ways to learn how to read and read (if they already knew) when it was illegal because of Slave laws. Immediately during after the Civil War reading was a goal that almost every Black person in the US struggled to achieve. Black initiated public schools and colleges were springing up everywhere- North and South. This quest only grew as we entered the 20th Century years of Jim Crow. The NAACP's Crisis Magazine, dozens of Black newspapers and Marcus Garvey's newspapers not only reported news, but were places people could read great black literature. The Civil Rights/Black Liberation movement of the 50-70's produced phenomenal quality and quantity of Black literature that also spread thruout Africa and the Diaspora helping to fuel the already growing African/diaporic literary movement.

By the mid80s to the mid90s, books were being bought at a higher rate among Blackfolk than white (per capita). These were times when Black book street vendors (selling at deep discounts) were seen on all the major and minor city streets thruout the US... and Black bookstores were more plentiful than now. This coupled with public lecture series thruout Black America where the 2nd generation of Black college educated folk and their children were able to get some analysis of current events, Black-centered spiritual guidance and Black history helped spur the reading movement. The Cosby Show (extremely popular thruout Black America) was another contributing factor to this phenom (doctor and lawyer as parents and education was a natural fact of life on the show. It had subliminal messages via Black paintings, books, and people sprinkled thruout its years on TV. And a spinoff was a comedy series set at an historically Black college "A different World".)

The books sold then were, for the most part serious books of fiction and nonfiction. Black classics were very popular as well as Black children's books. "The Autobiography of Malcolm X" 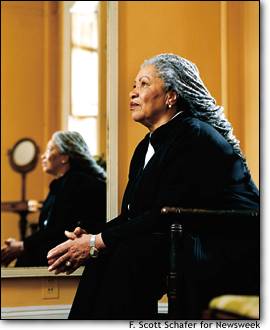 was in its 27th printing by 1990! Random House (its publisher) and a couple of the other big publishing houses began to realize the tens of millions of dollars potential among Black readership and began to first sell slick covered reprints of Black classics that they had in their archives (Zora Neal Hurston, WEB DuBois, Toni Morrison, Wole Sonyinka, Maya Angelou, James Baldwin, Langston Hughes, Richard Wright...). They also began seeking serious Black young fiction writers and began to tap into Skip Gates and Cornell West and other "Ivy League" Black scholar types for material not only demanded at colleges & hi schools, but also from the street vendors and Black bookstores.

By the early to mid 90's a new thing came into the general publishing world in the US: Barnes & Noble/Borders/Amazonization of bookselling. Between the megachain stores and the internet independent bookstores got the shaft bigtime... and Black bookstores suffered immediately: the mallization of bookstores couple with a major demographic shift in Black professionals (petty bourgeoisie) into suburbia meant- in just a few years -a loss of gauranteed revenue. Black suburbia went to the malls to buy books and clothes (afterall, it's a sign that you have "arrived" if you get your stuff at the mall instead of going to the "hood."). Black bookstores began to close up all over he US including right here in NYC. Those that remained open were/are under constant threat of gentrification's hi rent and a whiter clientele. 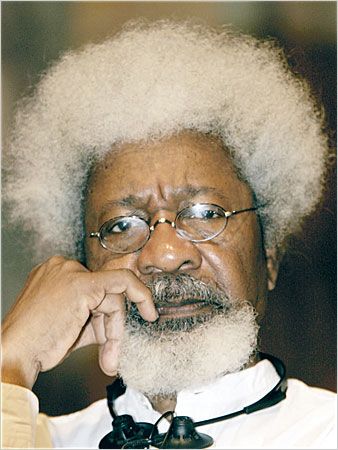 Simultaneously, the megapublishers were concentraing and centralizing and depending on the megabookstores' likes and dislikes of potential books. In other words, these big publishing houses were sending unpublished manuscripts to B&N and Borders to review them to see whether or not they'll sell! Never before in book publishing history have publishers done that. This shows the power of these megabookstores to control what's in print AND their visibilty within their store.

Another thing that happened was the institutionalization of "shelf-life" into bookselling.

In the past, you could go into a bookstore and find books published 20, 30, 60 years ago. But those bookstores are now exceptions to the rule. The Barnes&Nobleization of bookstores has made bookbuying equivalent to buying a monthly magazine. THE AVERAGE SHELFLIFE OF BOOKS NOWADAYS IF 30-45 DAYS. Then, if it's not a bestseller, it gets kicked to the curb. So Black Classics began to disappear from the Black sections of these megastores... Then the Black section disappeared or blurred into vague sections called "contemporary urban lit" or ethnic studies.

So it is in this context that we see the quantitative and qualitative downfall of Black books and Black readership. By the mid90s Barnes & Nobles became the GOD of books. And they helped to render the more serious reading trend among Black readers "obsolete." The Black Classics" were old school and not relevent to today's "urban realities." Hence, sex and ghettolit/gangsta lit became the "in thing" for both B&N and the white publishing world (note: adding to this is the phenom of Black selfpublished ghettolit or streetlit that- like in the early days of HipHop and Rap -was selfpromoted via the streets and transportation systems thruout Black America. These books were produced via selfpublishing houses or the writer actually getting the book produced him/herself.)

These Black schlok-type books were/are nonthreatening pacifiers hat were/are loved by some of the Big publishing houses: they can now get their hands on millions of $$$$ more by selling ghettolit/gangsta lit.

So they proceded with a vengeance: driving out the independent Black bookselleres and their respective store all over the US. Hue-Man Books now located in Harlem), for example, is one of the oldest Black bookstores in the US was driven to close their original Denver store because Blackfolk were buying their books at the mall. Once the big white pub houses got dominance over what Black books will be printed (and, therefore, distributed), they- like the white dominated recording industry -began defining ghettolit/street lit as the ONLY true Black lit because it's sensational and simplistic and often poorly written.

Another wrinkle added to this demise of Black book publishing and readership is that of the institutional dumbing down of our People. Compliments of the public school systems, the children of those who were reading good to great Blacklit back in the 80's and 90's are now the New Functionally Iliterates at the whims of whitefolk and capitalism. For hundreds of thousands of these youngfolk, they have not a clue as to who is, for example, Harritt Tubman. Black America is now officially part of the noirmalized antireading culture of the US (in the past, ALL generations of Blackfolk were encouraged to read and did, in fact, read).

Class and gender now defines the BlackBook market more than ever. Black Chicklit is rising because the New Black Reader is typically an under 40 workingclass Black women who aspires to be among the ranks of the Black Bourgeoisie. She reads Essence magazine and shops at the mall. She mingles/socializes with her equally superficial white office counterparts... and watches the same inane TV shows and movies (in addition to the various minstrelsy WB Blacksitcoms). She is bombarded with hype of all types and has no knowledge of the beauty and depth of great traditional and contemporary Black Lit because she never sees or reads about it or even hear folk talk about it- not even on Oprah. So a Tannarive Due or a Colson Whitehead novel will never be seen or talked about within her circle of friends. The exception are the few Black reading clubs around the country. They haven't- as of yet -come to a political place to see the importance of replicating themselves thruout the Black community. That is, they are not organizers. They are friends who like to meet and discuss good Black books. Period.

One possible good sign is the phenom of Tavis Smiley's "Covenant With Black America." Yes, it's a lite book with very safe reformist suggestions. But it's a Black published work of nonFiction that has sold hundreds of thousands of copies thruout Black America via the big House bookstores such that it's been on the NY Times nonfiction paperback bestseller's list for several weeks.

If the Third World Press publisher- Haki Madhabuti -can translate this financial windfall and free publicity into producing even more serious Black books of fiction and noinfiction geared to helping to recover Blackfolk from the intellectual coma besetting the nation, then "The Covenant" will be well on its way to help positively settle some of the work outlined in the book of selfdetermination and selfsufficiency.

Black Reading Circles are necessary to help combat functional illiteracy and Black consciousness underdevelopment. We need to consciously creating these Reading Circles to revitalize the grassroots intellectual work that helped shape not only the Black Liberation & Civil Rights Movements of the 50's/60's but also of the "New Negro Movement" of the earl 20th Century and the Black Abolishionist Movement of the 18th and 19th Centuries.

A Literate People is an Armed People. 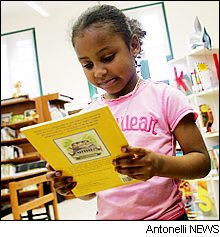