DARK GIRLS:
A Black Documentary The Needs Our Support
Below are clips from the upcoming documentary exploring the deep-seated biases and attitudes about skin color---particularly dark skinned women, outside of and within the Black American culture.

FREE HEALTHCARE AT ALL MAJOR US AIRPORTS!

Posted by Black Educator at 12:52 PM No comments:

More Evidence of Deep Racial Selfahte Among Our Youth
Instead of living in a "postracial" society, we are living in a HYPERRACIAL society that guarantees Black economic, social, cultural and spiritual oppression for the sake of profit maximization and white supremacy.  The successful day-to-day functioning of this hyperracial reality makes sure that the vast majority of the world's people (people of color) also fall in line behind the white capitalist Pied Piper.
We need to find creative ways to break thru the Racist Matrix that traps our youth to help them see that they are not free and ugly, but oppressed and Beautifully Black Geniuses in dire need of Revolution.
Posted by Black Educator at 1:56 PM No comments:

Racism + "Science"  =  Hole in the Head
An Essential Video Documentary of PreNazi US "Scientific Experiments" In Mississippi
-----------------
Hole In the Head: A Life Revealed
Vertus Hardiman hid a shocking secret under a wig & beanie for over 80 years. He was experimented on at age of 5 by a county hospital in Indiana during 1927. Vertus was one of ten children, all experimented on with radiation that day.

FOR MORE INFORMATTION ON MOVIE AND PRINT RELEASES, PLEASE VISIT THE WEBSITE AND SIGN UP. http://www.smithleonardproductions.com
Posted by Black Educator at 7:33 AM No comments: 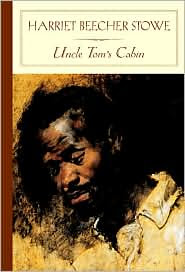 NOTE: Racism- over the years has so distorted what Harriet Beecher Stowe was trying to portray in the central character of her novel, that we now have a term that denotes a groveling sellout of Blackfolk: Uncle Tom. Just like the word "Black" evolved into meaning everything evil/less than/inhuman/impure... so has "Uncle Tom." But, Blackfolk redefined the word "Black" back in the socially, culturally and politically conscious days of the 60's and 70's when we asserted: BLACK POWER! & BLACK IS BEAUTIFUL! Now, we must begin to reverse the proslavery connotation of an anti-slavery character called "Uncle Tom." For Uncle Tom was NOT an Uncle Tom! This little essay helps us along the way.-- SEA

THE novelist Harriet Beecher Stowe, born 200 years ago today, was an unlikely fomenter of wars. Diminutive and dreamy-eyed, she was a harried housewife with six children, who suffered from various obscure illnesses worsened by her persistent hypochondria.

And yet, driven by a passionate hatred of slavery, she found time to write "Uncle Tom's Cabin," which became the most influential novel in American history and a catalyst for radical change both at home and abroad.

Today, of course, the book has a decidedly different reputation, thanks to the popular image of its titular character, Uncle Tom — whose name has become a byword for a spineless sellout, a black man who betrays his race.

And we tend to think of the novel itself as an old-fashioned, rather lachrymose affair that features the deaths of an obsequious enslaved black man and his blond, angelic child-friend, Little Eva.

But this view is egregiously inaccurate: the original Uncle Tom was physically strong and morally courageous, an inspiration for blacks and other oppressed people worldwide. In other words, Uncle Tom was anything but an "Uncle Tom."

Indeed, that's why in the mid-19th century Southerners savagely attacked "Uncle Tom's Cabin" as a dangerously subversive book, while Northern reformers — especially blacks — often praised it. The ex-slave Frederick Douglass affirmed that no one had done more for the progress of African-Americans than Stowe.

The book was enormously popular in the North during the 1850s and helped solidify support behind the antislavery movement. As the black intellectual W. E. B. Du Bois later wrote, "Thus to a frail overburdened Yankee woman with a steadfast moral purpose we Americans, both black and white, owe our gratitude for the freedom and the union that exist today in these United States." 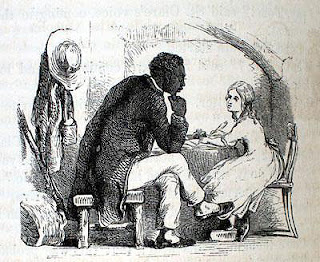 The book stoked fires overseas, too. In Russia it influenced the 1861 emancipation of the serfs and later inspired Vladimir Lenin, who recalled it as his favorite book in childhood. It was the first American novel to be translated and published in China, and it fueled antislavery causes in Cuba and Brazil.

At the heart of the book's progressive appeal was the character of Uncle Tom himself: a muscular, dignified man in his 40s who is notable precisely because he does not betray his race; one reason he passes up a chance to escape from his plantation is that he doesn't want to put his fellow slaves in danger. And he is finally killed because he refuses to tell his master where two runaway slaves are hiding.

As for Little Eva, she bravely accepts her coming death and says she would gladly give her life if that would lead to the emancipation of America's enslaved blacks. Together Tom and Eva form an interracial bond that offers lessons about tolerance and decency.

Unfortunately, these themes were lost in many of the stage versions of "Uncle Tom's Cabin" that inevitably sprung from its immense popularity. Indeed, Stowe's novel yielded the most popular and one of the longest-running plays in American history.

The first dramatization of the novel appeared in 1852, the year it was published, and countless others followed. By the 1890s, there were hundreds of acting troupes — so-called Tommers — that fanned out across North America, putting on "Uncle Tom's Cabin" in every town, hamlet and city. Some troupes even toured internationally, performing as far away as Australia and India.

The play, seen by more people than read the book, remained popular up to the 1950s and still appears occasionally, including a staging last fall at the Metropolitan Playhouse in New York.

But as the story moved from the book to the stage, Stowe's revolutionary themes were drowned in sentimentality and spectacle. Eva's death was frequently a syrupy scene in which the actress was hauled heavenward by rope or piano wire against a backdrop of angels and billowing clouds.

It was this Uncle Tom, weakened both physically and spiritually, who became a synonym for a racial sellout by the mid-20th century. Black musicians, sports figures, even establishment civil rights leaders were all tarred with the "Uncle Tom" label, often by younger, more radical activists, as a way of demeaning them in the eyes of the African-American community.

But it doesn't have to be that way; Uncle Tom should once again be a positive symbol for African-American progress. 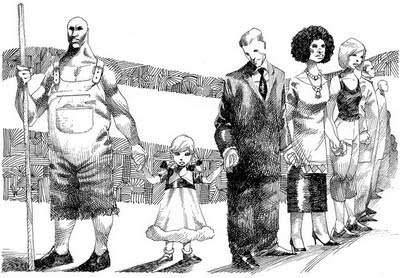 After all, many people who over the years were derided as Uncle Toms — Jackie Robinson, Louis Armstrong and Willie Mays, to name a few — are now seen as brave racial pioneers.

Indeed, during the civil rights era it was those who most closely resembled Uncle Tom — Stowe's Tom, not the sheepish one of popular myth — who proved most effective in promoting progress.

Their form of protest was just as active as Tom's, and just as strong. Both Stowe and Tom deserve our reconsideration — and our respect.

David S. Reynolds, a professor of American studies and English at the Graduate Center of the City University of New York, is the author of "Mightier Than the Sword: 'Uncle Tom's Cabin' and the Battle for America."
Posted by Black Educator at 2:26 PM No comments:

HOW THE INTERNET IS REVOLUTIONIZING EDUCATION

Via: OnlineEducation.net
Posted by Black Educator at 12:09 AM No comments: 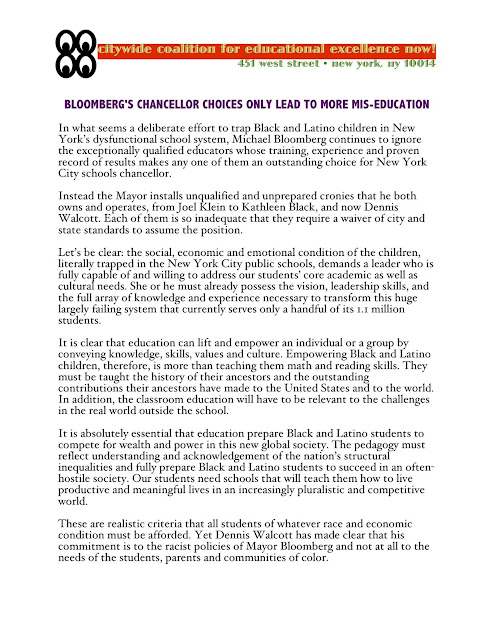 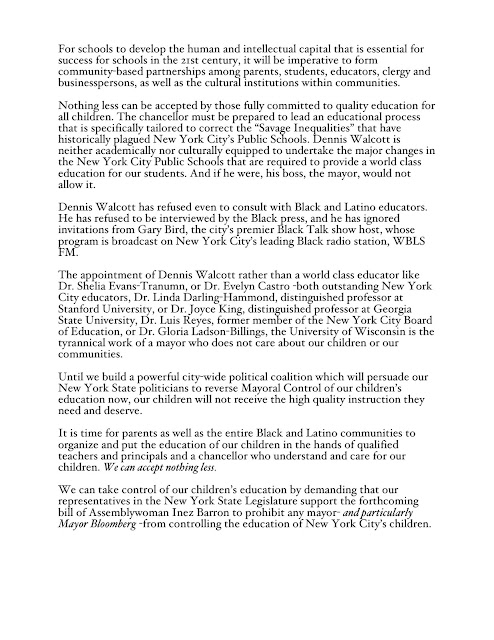 Posted by Black Educator at 10:59 AM No comments:

Sometimes Political Cartoons Can Say it Better than a Thousand Words 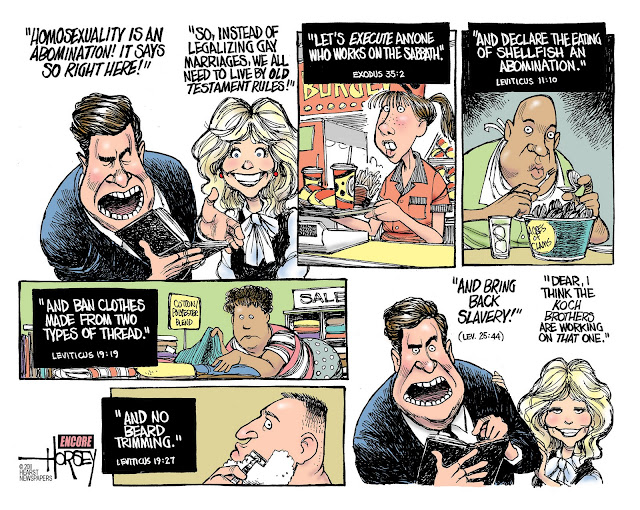 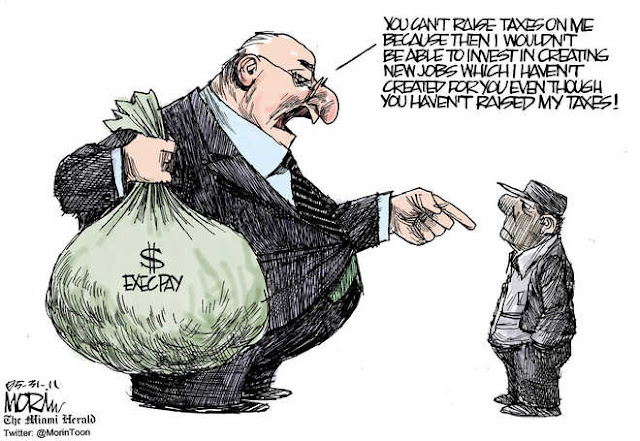 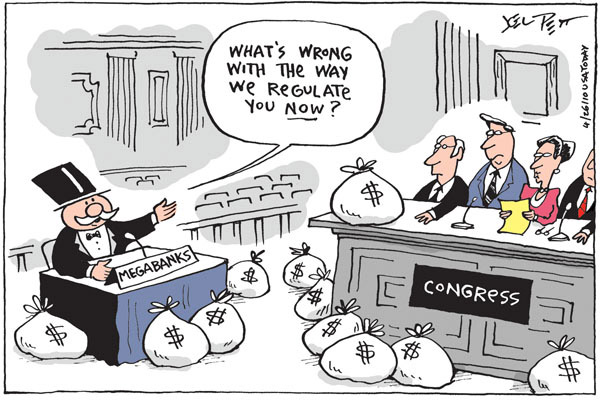 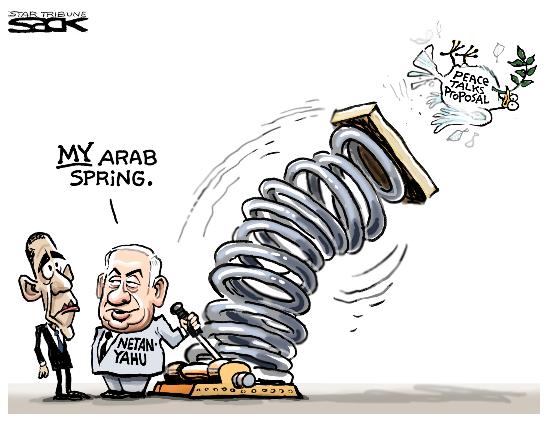 Posted by Black Educator at 4:08 PM No comments:

Less than half of Black South African youth graduate from hi school.... Just like the reality for Black students in the US- because US-style Apartheid still lingers strong also.
Posted by Black Educator at 10:12 AM No comments: