Cracking On Capitalism Mounting Crises and Our Magnificent Global FightBack 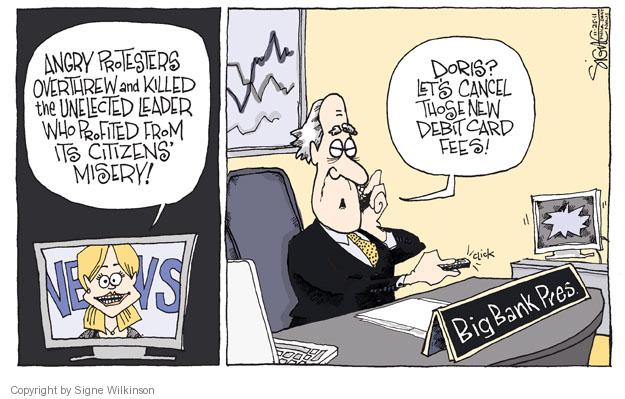 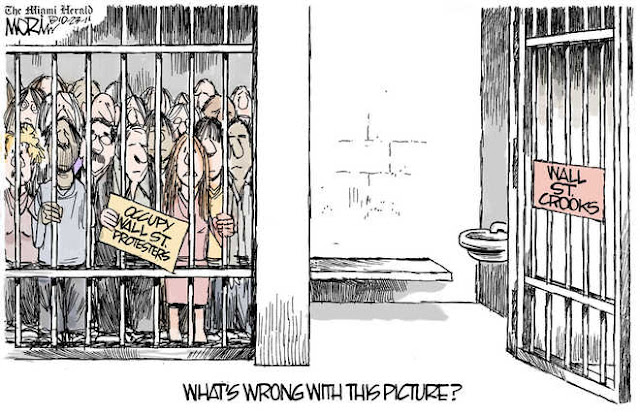 Posted by Black Educator at 12:56 PM No comments: 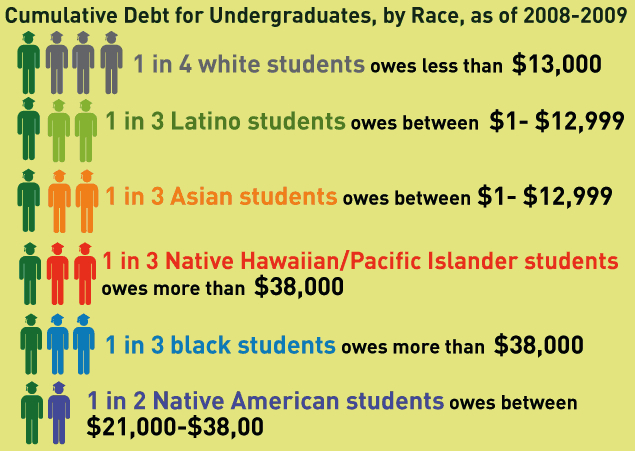 The Racialized $1 Trillion in Student Debt Obama Aims to Ease?

Congress may be gridlocked, but that doesn't mean President Obama's hands are tied. On Wednesday the president announced that he's moving to ease Americans' student debt load with an executive order that would save borrowers "hundreds of dollars a month" in student loan payments.

Called the "Pay As You Earn" plan, starting January 2012 people would be able to cap their federal student loan payments at 10 percent of their discretionary income. Any remaining debt would be forgiven after 20 years. This cap was due to take effect in two years, but Obama's moved the timetable up. In his speech at the University of Colorado at Denver, Obama said that the plan, which would also allow students to consolidate their federal student loans under a lower interest rate, could help around 1.6 million Americans ease their monthly bills.

"Let me tell you," Obama told the cheering crowd. "I remember this. I remember writing, like, five different checks to five different agencies and if you lost one that month you couldn't get all the bills together. And if you missed the payment, suddenly you were paying a penalty."

Obama's proposal isn't exactly a new idea, but rather a revision. It's lifted from the IBR, or the income-based repayment plan, which was signed into law in September 2007 by President George W. Bush. Bush's initiative allowed students to cap their federal student loan payments at 15 percent of their discretionary income, and allowed students to walk away from the rest of their debt after 25 years.

But Obama's executive order comes at an especially dire time, when college costs are rapidly increasing and with it, the amount of debt students are taking on in order to pay for school. Among those who borrow to pay for school, students of color are disproportionately saddled with high levels of debt. We rounded up the latest numbers that show exactly how much debt college graduates are carrying around with them these days, and who's in need of relief.

This legislation is bad bad bad and students in countries worldwide have opposed income-contingent loan repayment schemes for years.

This simply means that those who owe more and make less (disproportionately racialized folks, indigenous folks and people with disabilities) pay more in their education through interest because they have much larger terms, even if it will be written off after 20 years. In the end, because the system marginalizes these groups of people, we will be forced to pay much more for our education than the average white person without a disability. Isn't it kinda whack that those who are rich end up paying the least because they have no interest to deal with. Yes. That is whack.

Also, in countries where this kind of legislation is in place, it has led to the skyrocketing of tuition fees, as colleges and universities can now claim that no student will be unable to pay; after all, they will never have to pay more than 10% of their income.

Bottom-line: Student loans are an unsustainable tax on the poor.

Education should be free. The passing of knowledge and the process of knowledge discovery shouldn't cost anything. It's necessary for the survival of any society. And knowledge certainly shouldn't be reserved for the minds of the wealthy few.

Posted by Black Educator at 4:46 PM No comments:

To get a PDF version of the report, go to:


http://icope.org/documents/yrnes.pdf
Posted by Black Educator at 1:38 PM No comments:

Posted by Black Educator at 8:41 PM No comments:

Filmmaker Obatala Mawusi said that the days he spent documenting the Occupy Wall Street protests in New York City were "eye-opening." In particular, the diversity he saw among the protesters belied the images of the movement in mainstream media. In early October 2011, Mawusi spoke to some of the Black participants about why the Occupy Wall Street movement attracted them.

Over the last two years, the Black Left Unity Network (BLUN) has engaged in a process that focused on reaching out to Black worker activists in the labor movement, and other core social movements that organize and mobilize the Black working class.  We have looked for opportunities such as building support for the Hurricane Katrina survivors and organizing and promoting a Reconstruction movement as a strategic flank of the U.S. anti-imperialist and anti-capitalist struggle, using Survivor Assemblies as popular democratic forums; promoting a Thank You Cuba campaign to  challenge attempts to isolate Cuba and socialism as a racist regime; and participating in the Human Rights movement to help ground it in mass bases of resistance to help shape and influence its demands and anti-imperialist political character.

While there is much more needed in developing the BLUN as a unity process; a major aspect of the process must be that of forging Black left unity within the context of trying to unify and give a working class and internationalist perspective based in concrete demands to the struggles and upsurges that originate from or may have an impact on the Black masses. Therefore, with the emergence of the OWS as an national phenomenon with developing organizational expressions in various cities across the country, members of BLUN have taken the position that it is important to develop a process for addressing the questions that have quickly surfaced related to the political character of this movement and the role and participation of Black, Latino and Native forces.

BLUN along with the Labor working group of US Human Rights Network, hosted a call on Thursday, October 20, at 3pm EST. Some of the questions discussed included:

1.      While our  communities are weakly organized, disconnected from the occupation motion, how might the occupy wall street be used to organize our communities  for fundamental social change in the interests of  the Black masses?  Or can it?

2.      How can the Black left help to build alliances between the Black and Latino working classes in particular and with workers of color in general to begin forging Black and Brown working class unity as key to driving a popular agenda and mandate for radical social transformation in this period?
3.      How can Black left forces direct this anti-capitalist sentiment and energy of the OWS to increase the existing fight backs in the labor movement and the Black communities?

4.       Since labor is an important social force in the capitalist system, how can Black workers influence and help to mobilize the character and content of labors involvement in the OWS?

5.      How can the Black left become a force in helping to promote U.S. accountability to the UN Human Rights Conventions as a transitional program toward internationalizing the OWS movement?
To JOIN this much needed effort and for more info, Contact:
Saladin Muhammad at saladin62@aol.com.

Visit: www.blackleftunity.org
Posted by Black Educator at 7:19 AM No comments:


United States Marine Corps. Sgt. Shamar Thomas from Roosevelt, NY went toe to toe with the New York Police Department in Times Square on Saturday 15 October. It was at the end of the massive Occupy Times Square march and demonstration that drew at least 50,000 people.

An activist in the Occupy Wall Street movement, Thomas voiced his opinions of the NYPD police brutality that had and has been plaguing the #OWS movement. Thomas is a 24-year-old Marine Veteran (2 tours in Iraq), he currently plays amateur football and is in college. Thomas- a native New Yorker -comes from a long line of people who sacrifice for their country: Mother, Army Veteran (Iraq), Step father, Army, active duty (Afghanistan), Grand father, Air Force veteran (Vietnam), Great Grand Father Navy veteran (World War II).

There is a lot of Post-Traumatic Stress Syndrome underlying Brother Thomas's rage against the police. Let's hope as the OccupyWallStreet Movement grows, he will be able to channel that stress in a positive and healing way so that he can advance as a Warrior for Peace and Justice.

Posted by Black Educator at 11:57 AM No comments: