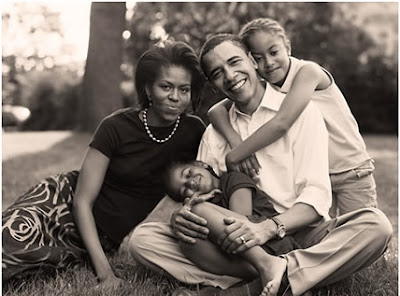 A Statement made at a Harlem Obama Forum January 16, 2008 that was sponsored by the Harlem Tenants Association
This presentation would not be possible without the contributions of my Miami Brother Dinizulu Tinnie and Brother Maulana Karenga. They have brought some very good insights into this historic political moment in US national politics. I am a conduit, this evening, for their analytical wisdom and wit.
I don’t support anyone who is anti-union, against Reparations, against acknowledging and releasing the political prisoners held inside of the US, against a national free healthcare program, who supports Israeli Zionism, supports the continual blockade of Cuba, supports the continual use of imperial military force in the Middle East and Africa, who supports the continuation of the economic and human pillaging of Africa by way of the IMF, World Bank and blind uncritical support of megacorporations plundering Africa, Latin America and the Caribbean, who continues to support a tax structure that taxes the poor and workingclass US citizen more that it does the rich and superrich, a candidate who will NOT dismantle Homeland Security, but find ways to beef it up, who is currently supporting counter-ecological policies thanx to his coal and megacorn farmers of Illinois and the Midwest....

This does not mean that we throw our Black voting power behind a Hilary Clinton- whose record and attitude is far more fascistic than Obama’s. This means that we have to seriously rebuild our Black Social Justice movement from our neighborhoods up to a national level such that we can have a true Congressional Black Caucus instead of the current Carcass that is capitulating to white supremacy everyday.

Our political organizing energies must begin at the grassroots level and build to a national Black Political Summit similar- but more successful- to what happened in Gary, Indiana in 1972. That is to say, we must the very foundation for Black Liberation and Socialism for the long haul. And one part of the protracted building is to be analytical about the electoral politics of the US as well as the need to understand the very basics of US political economy. A politically educated Black Warrior is necessary for our Freedom.

This current one party system with its two wings is a flying dragon hellbent on burning and devouring us all. And the presidential campaign is its multibillion dollar charade to give us “citizens” a feeling of democratic participation.

The Bushites (I & II) and the Clintonites have placed the US in its most precarious position since the Civil War. Since the Bush I Era, the young educated white voters have only known some form of national security lockdown and the impossibility of having a career that was a possibility for their parents (rather, just a series of jobs). Since the Bush I Era, they have seen this nation rapidly morph into a soon-to-be-colored nation that their children will be living in. While at the same time, they have seen this country morph into a dependent service-consumer nation inextricably connected to Africa, Asia and Latin America for everything essential for their aspiring and real bourgeois lifestyle. These young whites cultural upbringing has been and is based on forms of Black culture- old and new made palatable by the Cosby Show, BET/MTV, Rush Hour type movies, vicarious Gangsta HipHop Minstrelsy and “acceptable” 21st Century Mulattos like Tiger, Beyoncee, Alicia Keys, Haille Berry... and a softshouldered bigblackmammy figure like Oprah (refashioned for 21st century taste and PC like the new corporatized Aunt Jemima).

...And the under 40 Black voter has witness this from both the inside and out... with a constant barrage of misinformation about how this country is truly Free and Democratic in spite of racial profiling 24/7, in spite of Black male joblessness, in spite of the criminalization and the minstrelization of our Black youth, in spite of a deepened imperial policy towards the Caribbean and Africa... and thanx to the Clintons: having 30 additional ways to “legally” kill a Black man.

Everybody has been fed for the past 20-25 years larger doses of anti-intellectualism and anti-history to such a point that there is no connection between what people see in today’s politics to what happened in the 60s, 70s of any century before 2000. And they don’t care to know: it’s about the hedonistic consumer NOW. “I shop, therefore I am.”

So... Obama’s rhetoric and image brings the semblance of change to millions of US citizens desperate to get out this fear-debt-guilt laden treadmill of an existence. But what they don’t know is that he is the deliverer of a softer/kinder form of capitalist oppression than the Bushites and Clintonites.

We can embrace the romance of the Obama candidacy, with all of its accoutrements of media coverage of Michelle and his daughters, and we can embrace him as the least of the evils to choose from (even though Kucinich’s positions and John Edwards’s rhetoric shows more insight into America’s real problems), and we can always appreciate just the brother’s bottom-line innate gift of intelligence, sharpness and wit, and we can also take the awakening slaps from Black political pundits like Glen Ford who reminds us of Mr. Obama’s voting record.

We might question just why he is getting so much support from the America’s looter class, but amidst all of the pros and cons and hype and hoopla, Bro. Karenga here offers the most relevant reminder of all: There just is no easy path to the Promised Land we seek, even under the best of circumstances and with the best of intentions (which might include the “miracle” of Obama’s actual election to he White House). The quest for a Sweet Land of Liberty and Justice for all is not going to be achieved, as Maulana Karenga (An Ambivalent Embrace of Obama: The Maturity or Masking of America) points out so well, by electing a nonwhite president, if that miracle were to happen, whose electability arises from trading on his acceptability to “mainstream” America.

Karenga’s other main point: the possibility/probability of a majority of Americans voting with secret ballots for a Black man, a direct product of dreaded “miscegenation” between a Black Man and a White Woman, and having, for the first time in history, a distinctly non-Anglo-Saxon or Germanic surname (which even rhymes with Osama), to be America’s (brown) face to the world, and “the leader of the free world” with his (brown) finger on the Commander-in Chief button that controls the largest nuclear and conventional arsenal of weapons ever assembled in human history, is another point for serious consideration.

It is patently defeatist to declare Obama “unelectable” because of his “race,” just as it is naively misguided to think that Obama, if elected, would be asserting or representing any kind of distinctly “Black” agenda (even the Black agenda that has always served the country well by including ALL people in the demand for equality and justice). But Karenga’s timely reminder here is that those of us who claim to be serious, daring-to-hope and non-defeatist supporters of Obama for president must be prepared to fight a monumental struggle against widespread and entrenched racism between now and November. It’s one thing to get to the Super Bowl, which, true enough, is a great victory in itself, worthy of accolades, but it is another to win it. Going there to lose serves no purpose at all, and can even be a step backwards.

In the most objective terms, Obama captures the younger, more educated and most progressive segment of the population. Some would say that is a distinct minority. Curiously, at least in the primaries, his claim to the African American vote is no slam-dunk at all, as it may have been for other candidates in the past. Calling this election is like betting on a football game. Yeah, we sure do want to see the home team win, but with our money (and lives) on the line, we need to be real scientific in our thinking-- if we intend to win rather than just contribute to a noble cause (and our adversaries’ wealth). The ironic thing about Obama’s candidacy is that it is exactly what it is: a gamble, perhaps, that America can actually hold a non-racialized election, in which the winner will win primarily because of acceptability and a willingness to carry on business-as-usual.

What we are voting for in him is not, by any means, systemic or structural change, only the same ole stuff with a prettier face, a bit more dash and charm and wit, a bit less of the rabid cowboy fear-mongering, and just a slightly easier atmosphere to live in. Slightly.

With him, an invasion of Iran is not off the table. Oil companies and pharmaceutical giants will lose no winks of sleep whatsoever, education’s hurtle down the tubes might be slowed, but not stopped, ditto for the exacerbation of disparities in material wealth, a balanced budget will remain a pipe dream on the horizon, and disengagement from the murderous misadventures in Iraq and Afghanistan will only happen as fast as American military forces can be replaced by privatized Blackwater surrogates, whose cost will surely be written of at taxpayers’ (much greater) expense.

Knowing that, we can vote with our eyes open for a slightly better life.
But as I said at the beginning, I see…this current one party system with its two wings as a flying dragon hellbent on burning and devouring us all. And the presidential campaign is its multibillion dollar charade to give us “citizens” a feeling of democratic participation.

For those of us seeking revolutionary change, this stylistic change only offers us a little better/larger breathing space to do our seditious work in every nook and cranny of this nation- and especially within Black America.
Posted by Black Educator at 12:00 PM