Thanx to the Hard Work of the115th Street Branch of the NYC Public Library...
A People's History of Harlem:
A Harlem Neighborhood Oral History Project 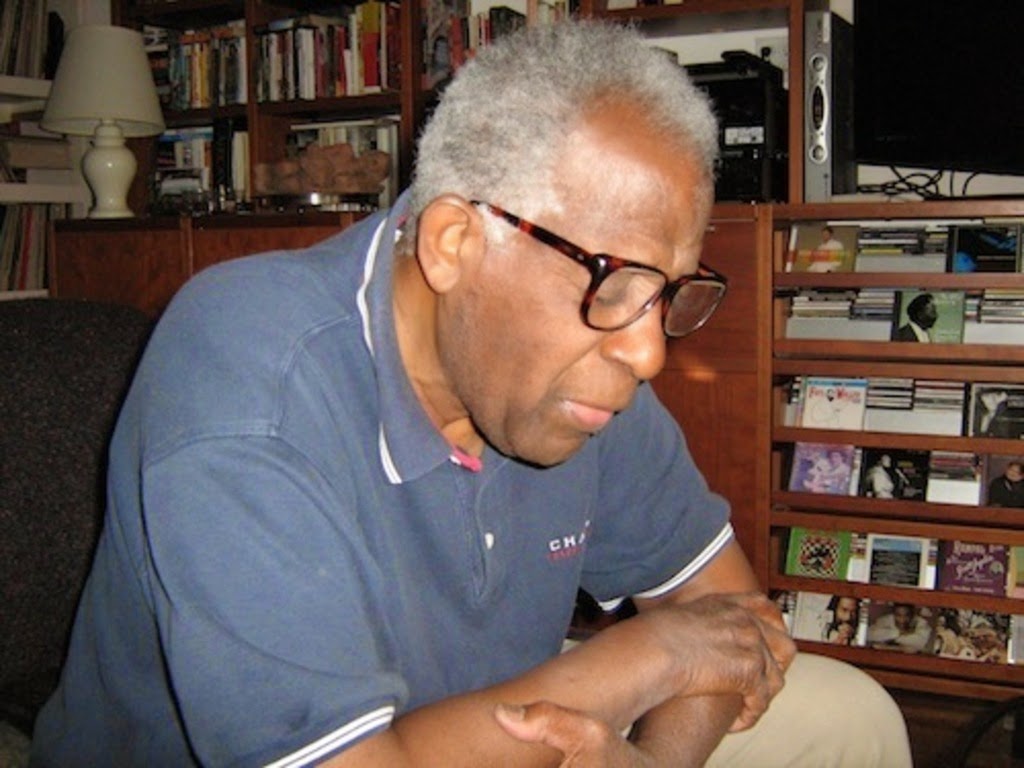 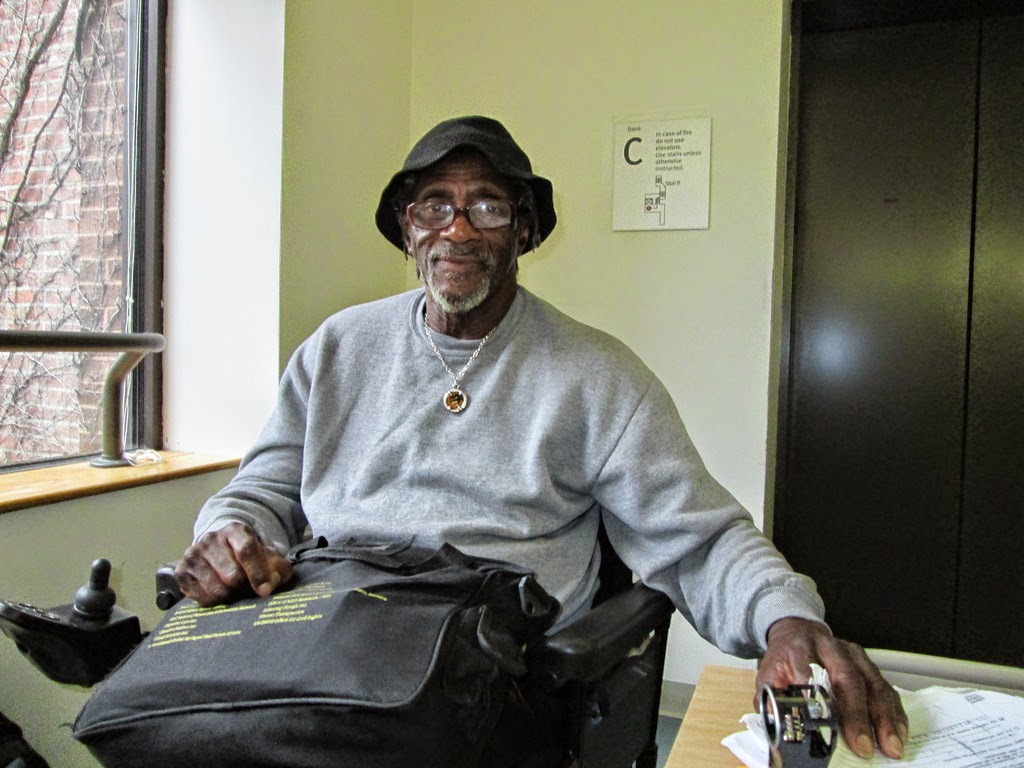 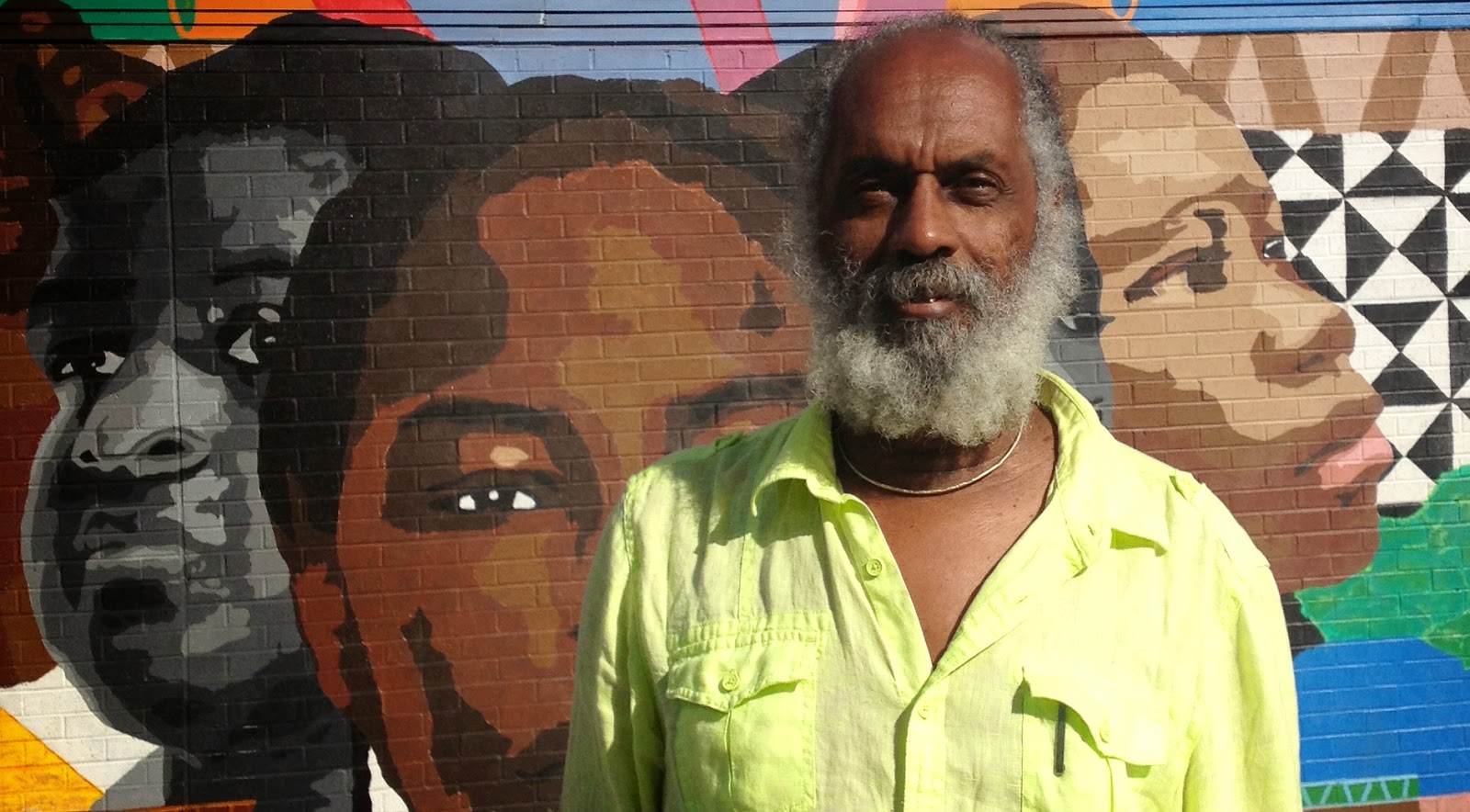 Posted by Black Educator at 2:20 PM No comments:

VENEZUELA REVOLUTION- US HELLBENT ON DESTROYING IT

Venezuela: a Coup in Real Time 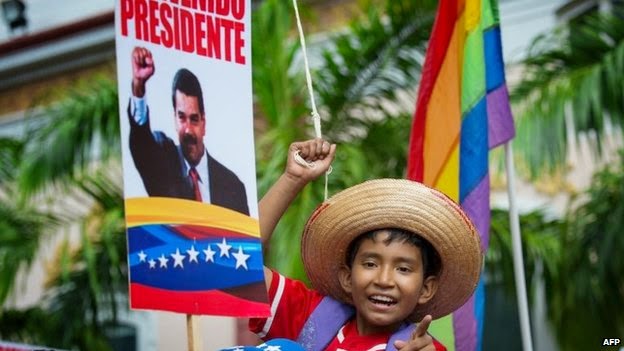 by EVA GOLINGER
There is a coup underway in Venezuela. The pieces are all falling into place like a bad CIA movie. At every turn a new traitor is revealed, a betrayal is born, full of promises to reveal the smoking gun that will justify the unjustifiable. Infiltrations are rampant, rumors spread like wildfire, and the panic mentality threatens to overcome logic. Headlines scream danger, crisis and imminent demise, while the usual suspects declare covert war on a people whose only crime is being gatekeeper to the largest pot of black gold in the world.

This week, as the New York Times showcased an editorial degrading and ridiculing Venezuelan President Maduro, labeling him “erratic and despotic” (“Mr. Maduro in his Labyrinth”, NYT January 26, 2015), another newspaper across the Atlantic headlined a hack piece accusing the President of Venezuela’s National Assembly, Diosdado Cabello, and the most powerful political figure in the country after Maduro, of being a narcotics kingpin (“The head of security of the number two Chavista defects to the U.S. and accuses him of drug trafficking”, ABC, January 27, 2015). The accusations stem from a former Venezuelan presidential guard officer, Leasmy Salazar, who served under President Chavez and was recruited by the U.S. Drug Enforcement Agency (DEA), now becoming the new “golden child” in Washington’s war on Venezuela.

Two days later, the New York Times ran a front-page piece shaming the Venezuelan economy and oil industry, and predicting its downfall (“Oil Cash Waning, Venezuelan Shelves Lie Bare”, Jan. 29, 2015, NYT). Blaring omissions from the article include mention of the hundreds of tons of food and other consumer products that have been hoarded or sold as contraband by private distributors and businesses in order to create shortages, panic, discontent with the government and justify outrageous price hikes. Further, multiple ongoing measures taken by the government to overcome the economic difficulties were barely mentioned and completed disregarded.

Simultaneously, an absurdly sensationalist and misleading headline ran in several U.S. papers, in print and online, linking Venezuela to nuclear weapons and a plan to bomb New York City (“U.S. Scientist Jailed for Trying to Help Venezuela Build Bombs”, Jan. 30, 2015, NPR). While the headline leads readers to believe Venezuela was directly involved in a terrorist plan against the U.S., the actual text of the article makes clear that no Venezuelans were involved at all. The whole charade was an entrapment set up by the FBI, whose officers posed as Venezuelan officials to capture a disgruntled nuclear physicist who once worked at Los Alamos and had no Venezuela connection.

That same day, State Department spokeswoman Jan Psaki condemned the alleged “criminalization of political dissent” in Venezuela, when asked by a reporter about fugitive Venezuelan general Antonio Rivero’s arrival in New York to plea for support from the United Nations Working Committee on Arbitrary Detention. Rivero fled an arrest warrant in Venezuela after his involvement in violent anti-government protests that lead to the deaths of over 40 people, mainly government supporters and state security forces, last February. His arrival in the U.S. coincided with Salazar’s, evidencing a coordinated effort to debilitate Venezuela’s Armed Forces by publicly showcasing two high profile military officers – both former Chavez loyalists – that have been turned against their government and are actively seeking foreign intervention against their own country.

These examples are just a snapshot of increasing, systematic negative and distorted coverage of Venezuelan affairs in U.S. media, painting an exaggeratedly dismal picture of the country’s current situation and portraying the government as incompetent, dictatorial and criminal. While this type of coordinated media campaign against Venezuela is not new – media consistently portrayed former Venezuelan President Hugo Chavez, elected president four times by overwhelming majorities, as a tyrannical dictator destroying the country – it is clearly intensifying at a rapid, and concerning, pace.

The New York Times has a shameful history when it comes to Venezuela. The Editorial Board blissfully applauded the violent coup d’etat in April 2002 that ousted President Chavez and resulted in the death of over 100 civilians. When Chavez was returned to power by his millions of supporters and loyal Armed Forces two days later, the Times didn’t recant it’s previous blunder, rather it arrogantly implored Chavez to “govern responsibly”, claiming he had brought the coup on himself. But the fact that the Times has now begun a persistent, direct campaign against the Venezuelan government with one-sided, distorted and clearly aggressive articles – editorials, blogs, opinion, and news – indicates that Washington has placed Venezuela on the regime change fast track. 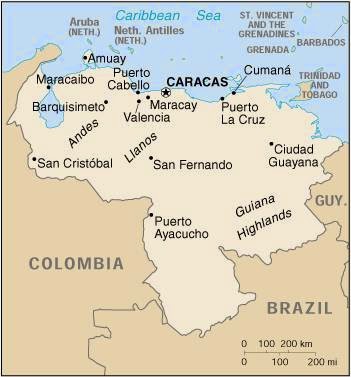 The timing of Leamsy Salazar’s arrival in Washington as an alleged DEA collaborator, and his public exposure, is not coincidental. This February marks one year since anti-government protests violently tried to force President Maduro’s resignation, and opposition groups are currently trying to gain momentum to reignite demonstrations.

The leaders of the protests, Leopoldo López and María Corina Machado, have both been lauded by The New York Times and other ‘respected’ outlets as “freedom fighters”, “true democrats”, and as the Times recently referred to Machado, “an inspiring challenger”. Even President Obama called for Lopez’s release from prison (he was detained and is on trial for his role in the violent uprisings) during a speech last September at an event in the United Nations. These influential voices willfully omit Lopez’s and Machado’s involvement and leadership of violent, undemocratic and even criminal acts. Both were involved in the 2002 coup against Chavez. Both have illegally received foreign funding for political activities slated to overthrow their government, and both led the lethal protests against Maduro last year, publicly calling for his ouster through illegal means.

The utilization of a figure such as Salazar who was known to anyone close to Chavez as one of his loyal guards, as a force to discredit and attack the government and its leaders is an old-school intelligence tactic, and a very effective one. Infiltrate, recruit, and neutralize the adversary from within or by one of its own – a painful, shocking betrayal that creates distrust and fear amongst the ranks. While no evidence has surfaced to back Salazar’s outrageous claims against Diosdado Cabello, the headline makes for a sensational story and another mark against Venezuela in public opinion. It also caused a stir within the Venezuelan military and may result in further betrayals from officers who could support a coup against the government. Salazar’s unsubstantiated allegations also aim at neutralizing one of Venezuela’s most powerful political figures, and attempt to create internal divisions, intrigue and distrust.

The most effective tactics the FBI used against the Black Panther Party and other radical movements for change in the United States were infiltration, coercion and psychological warfare.
By inserting agents into these organizations, or recruiting from within, that were able to gain access and trust at the highest levels, the FBI was able to destroy these movements from the inside, breaking them down psychologically and neutralizing them politically. These clandestine tactics and strategies are thoroughly documented and evidenced in FBI and other US government documents obtained through the Freedom of Information Act (FOIA) and published in in Ward Churchill and Jim Vander Wall’s excellent book, “Agents of Repression: The FBI’s Secret Wars Against the Black Panther Party and the American Indian Movement” (South End Press, 1990).

Venezuela is suffering from the sudden and dramatic plummet in oil prices. The country’s oil-dependent economy has severely contracted and the government is taking measures to reorganize the budget and guarantee access to basic services and goods, but people are still experiencing difficulties. Unlike the dismal portrayal in The New York Times, Venezuelans are not starving, homeless or suffering from mass unemployment, as countries such as Greece and Spain have experienced under austerity policies. Despite certain shortages – some caused by currency controls and others by intentional hoarding, sabotage or contraband – 95% of Venezuelans consume three meals per day, an amount that has doubled since the 1990s. The unemployment rate is under 6% and housing is subsidized by the state.

Nevertheless, making Venezuela’s economy scream is without a doubt a rapidly intensifying strategy executed by foreign interests and their Venezuelan counterparts, and it’s very effective.

As shortages continue and access to dollars becomes increasingly difficult, chaos and panic ensue. This social discontent is capitalized on by U.S. agencies and anti-government forces in Venezuela pushing for regime change. A very similar strategy was used in Chile to overthrow socialist President Salvador Allende. First the economy was destroyed, then mass discontent grew and the military moved to oust Allende, backed by Washington at every stage. Lest we forget the result: a brutal dictatorship led by General Augusto Pinochet that tortured, assassinated, disappeared and forced into exile tens of thousands of people. Not exactly a model to replicate.

This year President Obama approved a special State Department fund of $5 million to support anti-government groups in Venezuela. Additionally, the congressionally-funded National Endowment for Democracy is financing Venezuelan opposition groups with over $1.2 million and aiding efforts to undermine Maduro’s government. There is little doubt that millions more for regime change in Venezuela are being funneled through other channels that are not subject to public scrutiny. 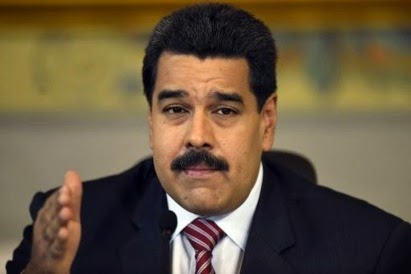 President Maduro has denounced these ongoing attacks against his government and has directly called on President Obama to cease efforts to harm Venezuela. Recently, all 33 Latin American and Caribbean nations, members of the Community of Latin American and Caribbean States (CELAC), publicly expressed support for Maduro and condemned ongoing U.S. interference in Venezuela. Latin America firmly rejects any attempts to erode democracy in the region and will not stand for another US-backed coup. It’s time Washington listen to the hemisphere and stop employing the same dirty tactics against its neighbors.

Eva Golinger is the author of The Chavez Code. She can be reached through her blog.
Posted by Black Educator at 10:35 AM No comments: